History of St. John’s the Baptist and Lawrenceville

In the days before industry invaded its boundaries or paved roads curled through its neighborhoods, when Pittsburgh was in its youth, there was a farm called “Good Liquor” outside of the city. Owned by Alexander Hill, part of the farm was located within the existing Lawrenceville border. Later on, in 1814, William B. Foster purchased a 133-acre tract of land outside of Pittsburgh along the Allegheny River. In that same year, he would sell 30 acres of that property to the Federal Government. While Allegheny Arsenal was being built to provide supplies to the warring Union Troops during the civil war, Foster was starting to establish a community called Lawrenceville. The picturesque area was named for Captain James Lawrence who gained fame in the war with Britain. He was captain of the Chesapeake and his famous saying “Don’t give up the ship!” was incorporated in the borough seal of Lawrenceville.

Lawrenceville Grows Into Part Of The City

Even in the early days, life in Lawrenceville was centered around heavy industry. The first outcrops of residential development grew around the Arsenal, which was located between Penn Avenue and the Allegheny River and squared off by 39th and 40th Streets. That land is now the location of Arsenal Middle School and Arsenal Park. By 1834, the population of Lawrenceville had increased enough to form the area into a borough. The growth was a result of the influx of heavy industry. As the community grew, churches started to be established. With the increase of vital businesses and number of homes, Lawrenceville was incorporated into the City of Pittsburgh in 1868. It was after this period, and coinciding with the end of the US Civil War, that production at Allegheny Arsenal gradually began to cease. However, new industries were beginning to migrate to the area. Powerhouse corporations like Carnegie Steel, Clark Steel and Black Diamond Steel Works would eventually help make Lawrenceville a critical part of the growing industrial city. As the mills thrived, housing in Lawrenceville swelled. Residences spotted the landscape in between industrial installations because people preferred to live close to where they worked. The architectural style of these houses ranged from Second Empire Italianate to Victorian. The Diocese of Pittsburgh began to establish more churches to fill the increasing demands of the borough. The ethnically diverse population demanded easily accessible parishes since transportation was poor and distance was a large factor. The immigration of hundreds of Irish & Scotch Catholics into the community spawned the plans for St. John the Baptist.

The new parish was to be positioned between two existing parishes – St. Patrick’s at 17th Street and St. Mary’s at 46th Street. Other churches – such as St. Stanislaus in the Strip District, St. Joes in Bloomfield and St. Augustine’s on 37th Street – served the existing Polish, Italian and German speaking congregations. Founded in 1878, the original church was located at Penn Avenue and 36th Street. Additional buildings were established as well. The first convent was erected at 2943 Penn Avenue. After experiencing steady growth, the parish acquired more land in 1891. Father Edward McKeever developed an outcrop building at the fork of Penn Avenue and Butler Street – now known as “Doughboy Square.” It wasn’t until 1901 the parish purchased the land at Liberty Avenue and 36th Street. The talents of architects Louis Beezer, Michael Beezer and John Comes were employed to design the church, rectory, school and convent. By employing the finest craftsman of the time, the decorative details are outstanding. The multi-colored glass of the Rose window stands as a kaleidoscopic backdrop for the turn-of-the-century pipe organ located in the church’s balcony. The hand-painted cypress beams on the high vaulted ceiling and the intricate European-style stained glass windows would be very difficult to replicate today. The most unusual feature is the campanile (bell tower), which is at the back of the church. When built, the campanile was twice as high as today and held a full peal of bells. Because of its positioning, it seemed to rise out of the center of the complex. Although somewhat altered to provide a modern appearance, the buildings were designed in a Northern Italian Architectural style – remaining faithful to the existing architecture in the community. On June 1, 1902 the cornerstone of St. John the Baptist Church on Liberty Avenue was laid. At that time, there was a copper time capsule placed in the cornerstone. It contains a history of the church, the church record and copies of pertinent articles from local publications. That time capsule is still intact today. The cornerstone has managed to stay and mark the passing of time for not only the parish, but also Lawrenceville, Pittsburgh and United States as well.

New Church & Community Undergo Trying Times In early January 1915, a fire broke out in the sanctuary and caused major damage to the church. New floors, altars and paint were required. The building served as a spiritual sanctuary to its members during the first and second world wars. Those wars also marked the loss of many enthusiastic, energetic members – the young men who died and did not return from these wars. Even with booming industrial giants at its back door, the parish was often plagued by lack of money. When St. John’s seemed to be getting out of debt, the depression struck. During the depression, St. Johns distributed food and imperishables to the members of the congregation and other needy members of the community as well. The parish also opened its doors during the flood in March of 1936. It sheltered people who were ravaged by the record setting flood water levels from all of Pittsburgh’s three rivers. Beginning in the late 1950’s, Lawrenceville began undergoing a change – much like the city of Pittsburgh. There was a stop in the growth and a gradual decline in the industrial strength of the area. The mills that provided jobs and revenue in Lawrenceville slowly began closing down. The young, vibrant community was beginning to grow more mature. Just as before, people were moving near their jobs and that meant away from Lawrenceville. The school was shut down approximately 20 years before the parish was disbanded. Throughout the Diocese of Pittsburgh, the number of members in major parishes began to decline. Due to financial and organizational considerations, the Diocese underwent a major reorganization in 1993. On the 6th of August in 1993, the church was put under an act of suppression by the Bishop of Pittsburgh. The building lay dormant until the construction began in early 1996. It was almost three years to the day when The Church Brew Works reopened the doors of St. John

Church Restored To Former Glory As much painstaking effort was taken in the original construction of the building, the same care was used when the renovation of the church and the rectory was undertaken. Attention to detail and the reuse of existing fixtures all help to create a spectacular atmosphere. Original pews were hand cut from 24′ length and hand finished to the present 54″ lengths. These “mini pews” were intentionally designed to be longer than the tables to facilitate ease of entry. The bar has been built from the oak planks salvaged from the shortening of the pews. Check out some photographs. The reddish orange hue of the flooring comes from the original Douglas Fir floors. These floors were uncovered and meticulously restored after lying dormant under plywood for 50 years. The original eight lanterns in the center bay were removed, repainted gold and re-installed after complete refurbishment. The lanterns now illuminate the detailing of the ceiling. The former confessional in the dining room was removed to provide a necessary link to the kitchen. The bricks salvaged from the removal of the confessional have been reused for the pillars on the outdoor sign, the facade on the outdoor ramp and the facade of the new kitchen link. The other confessional remains intact behind the bar and houses “The Church Brew Works” merchandise. Painstaking attention to detail and the integrative reuse of existing fixtures all help to create a spectacular atmosphere to enhance your brewpub experience. By far, the most breathtaking element is the position of the brew house on the Apse. Because the altar was built as a centerpiece of the church, the steel and copper tanks gleaming in the celestial blue backdrop is nothing less than captivating. This extraordinary view is only paralleled by the quality and taste of our beer. Our brewers use their extensive knowledge of brewing to bring you four of the finest beers you will ever drink. Our North German Style Pilsner, Bavarian Dunkel, British Special Bitter and rotating Blast Furnace Stout are all hand crafted. These “brews” are sure to please your palate as much as our unique cuisine. The food selections draw on the culinary styles discovered throughout the country by Chef Jason Marrone. He has created a menu as diverse as Pittsburgh itself. And just like the city, there is something for everyone – so come and explore! 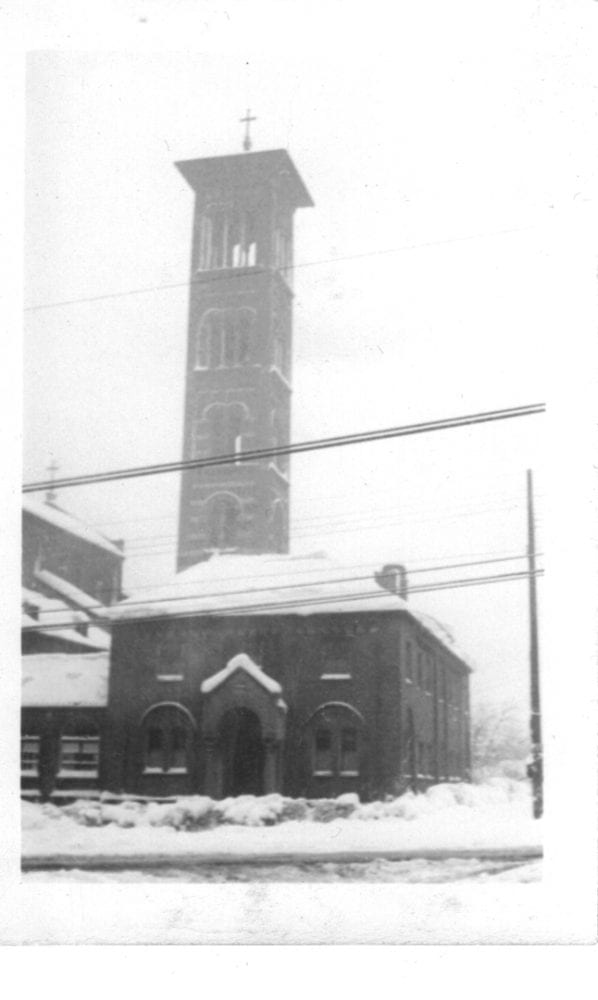 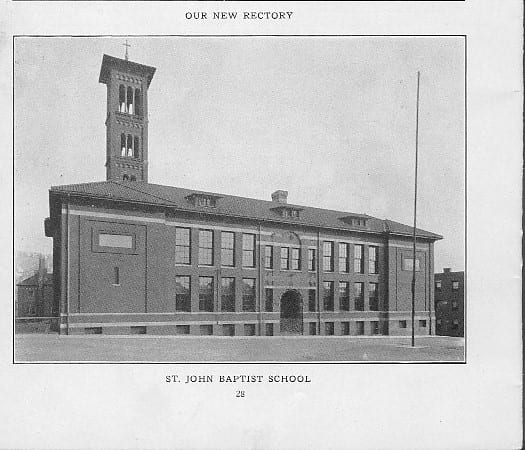 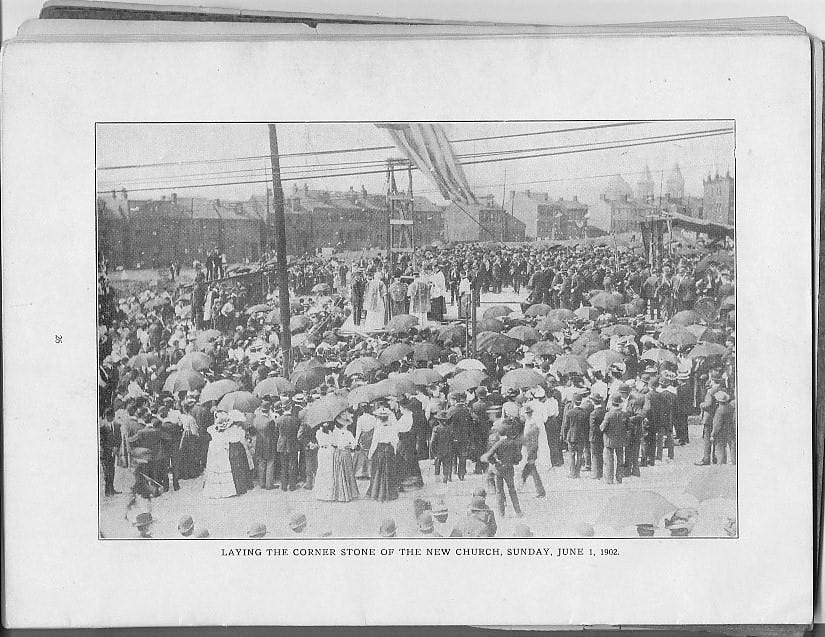 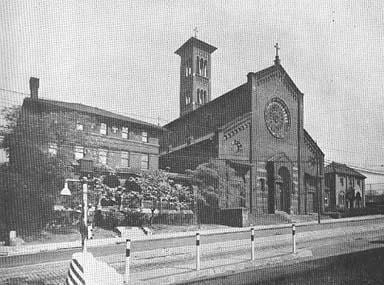 Sign up today for weekend features and special event notices.